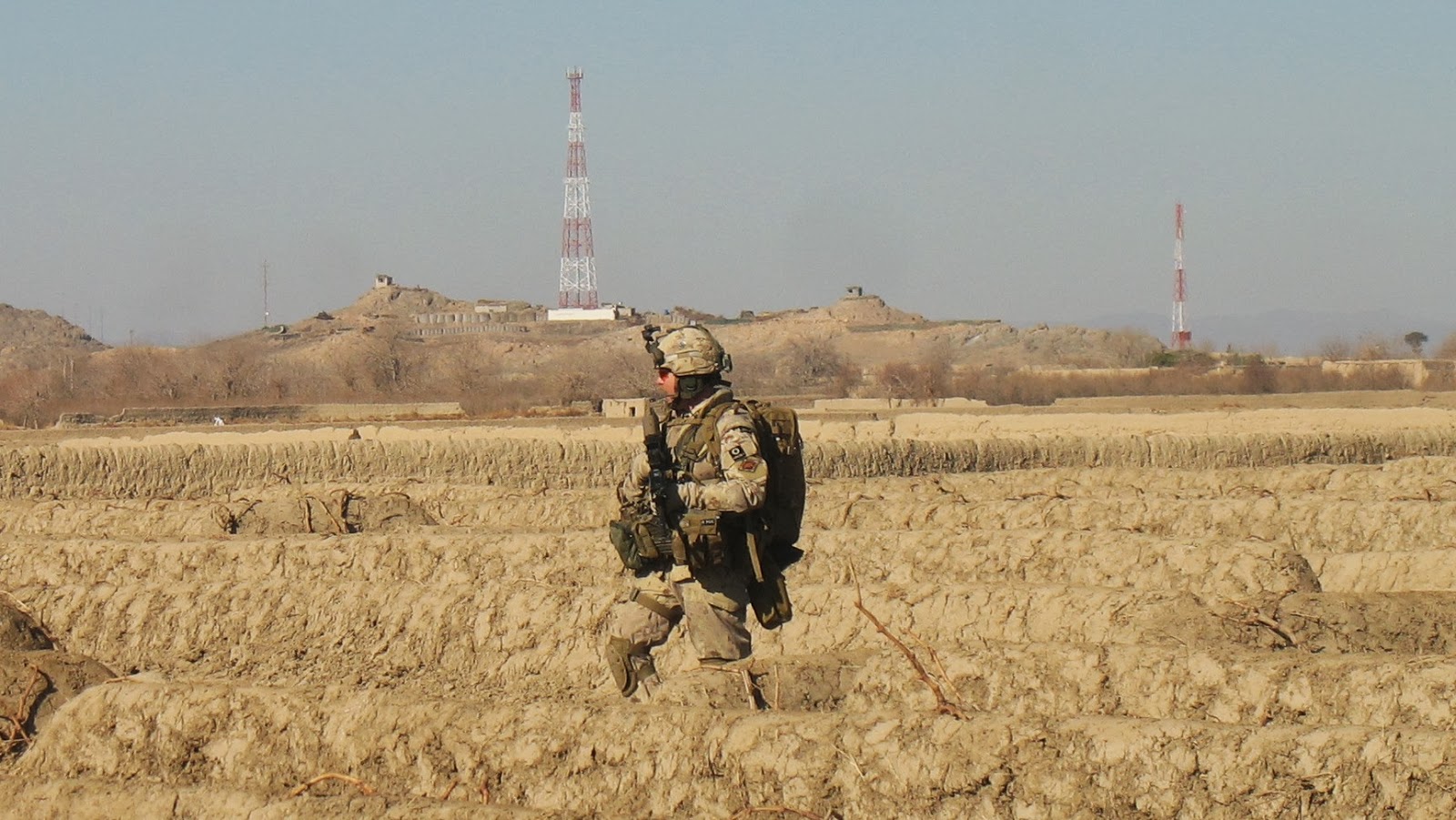 The CTOMS 2nd Line was integrated into a layered approach to combat trauma during my second deployment to Afghanistan. On this deployment, I was part of a small team embedded with the Afghan National Police to provide training, liaison and combat power to their Police Sub-Stations, patrols and operations. This was a few years ago, so some of the medical kit in the loadout is outdated. Always check the current recommendations by the CoTCCC or CCCWG before any deployment.

"The CTOMS™ MED 2ndLine™ is a low profile aid bag with a surprisingly large capacity thanks to the efficient organizational layout. The slim profile of the pack allows the wearer to operate more effectively in confined spaces such as vehicles, aircraft and buildings. The Main Pack is used to carry medical equipment. The internal layout of the pack is customizable with any variation in the use of the Book Folders, Quad Fold Pouches, MARS™ Panels or other accessories sold separately." CTOMS Website


This was initial loadout for the CTOMS Main Pack or Module. I used three of the Quad Folds to make BLEEDING, BREATHING and IV/MEDS IV/MEDS packs. I used one of the four MARS Panels to secure my COMBITUBE KIT and OPA set to the lid of the Main Pack. Also, mounted there were two extra CAT TQs, folded a little different than the instructions, the Velcro of the lid secure them in place. On the outside of the lid of the Main Pack is a zipper pocket. I stored my HLZ marker, and CCP kit there. 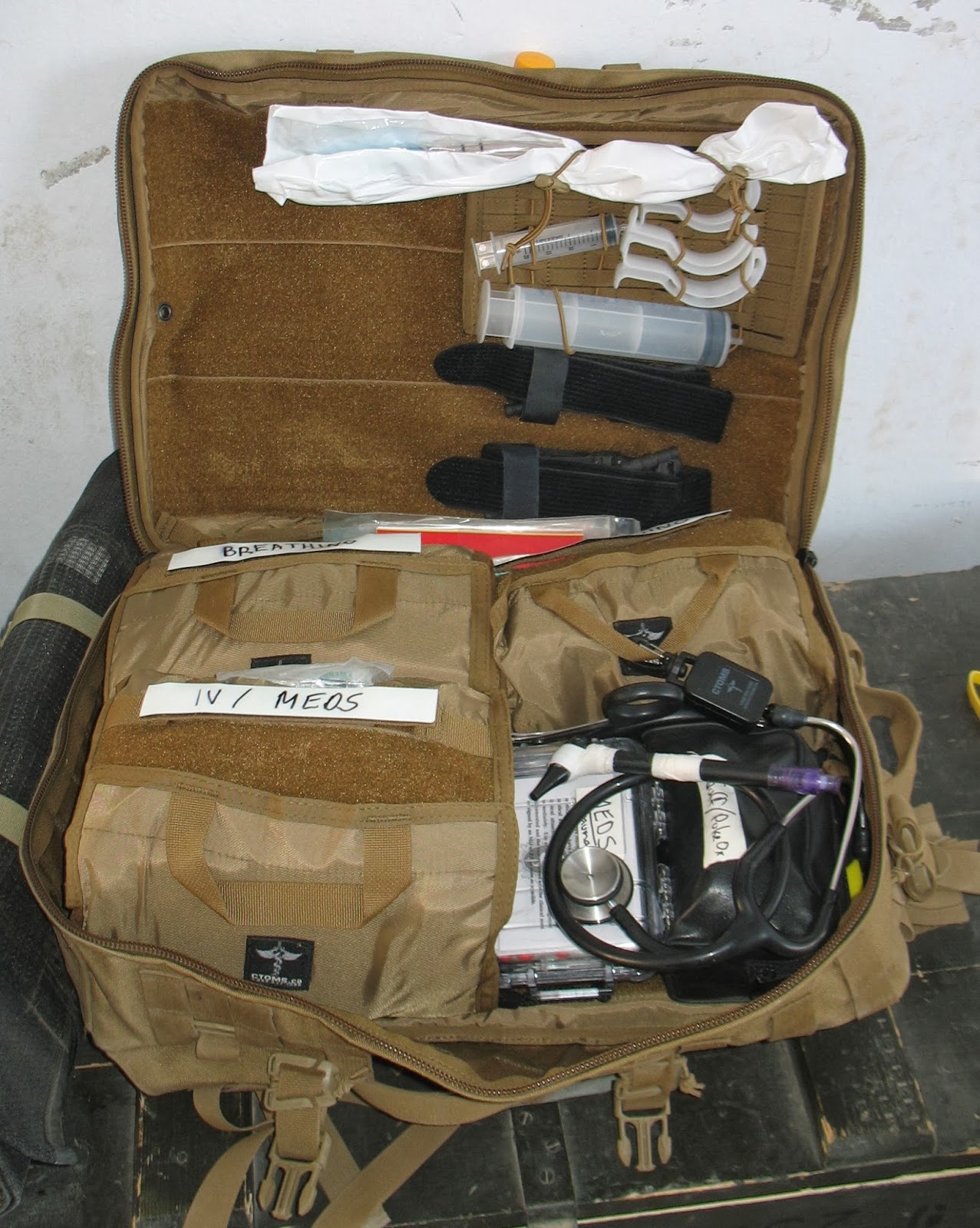 I used a BP Cuff pouch to hold my BP Cuff and Pulse Ox. My stethoscope was rolled up and kept safe by the Three Quad folds surrounding it. One practice to note, I taped a lightweight Otoscope to my Stethoscope. That way when I was auscultating a  chest I would remember to check the casualty's Tympanic Membranes for rupture, a common comorbidity with  blast injury. Prophylactic oral antibiotics and auricle dressing would keep out infection and avoid far worse complications. I carried enough TQs in my CTOMS First Line and every soldier had, at least, one and full IFAK. So, I did not carry any in my BLEEDING kit. It was packed in a CTOMS Quad Fold Insert in a manner were the  more serious interventions were at the bottom. This way I could have access to the kit I would need the majority of the time first and work down to my worst case med supplies. 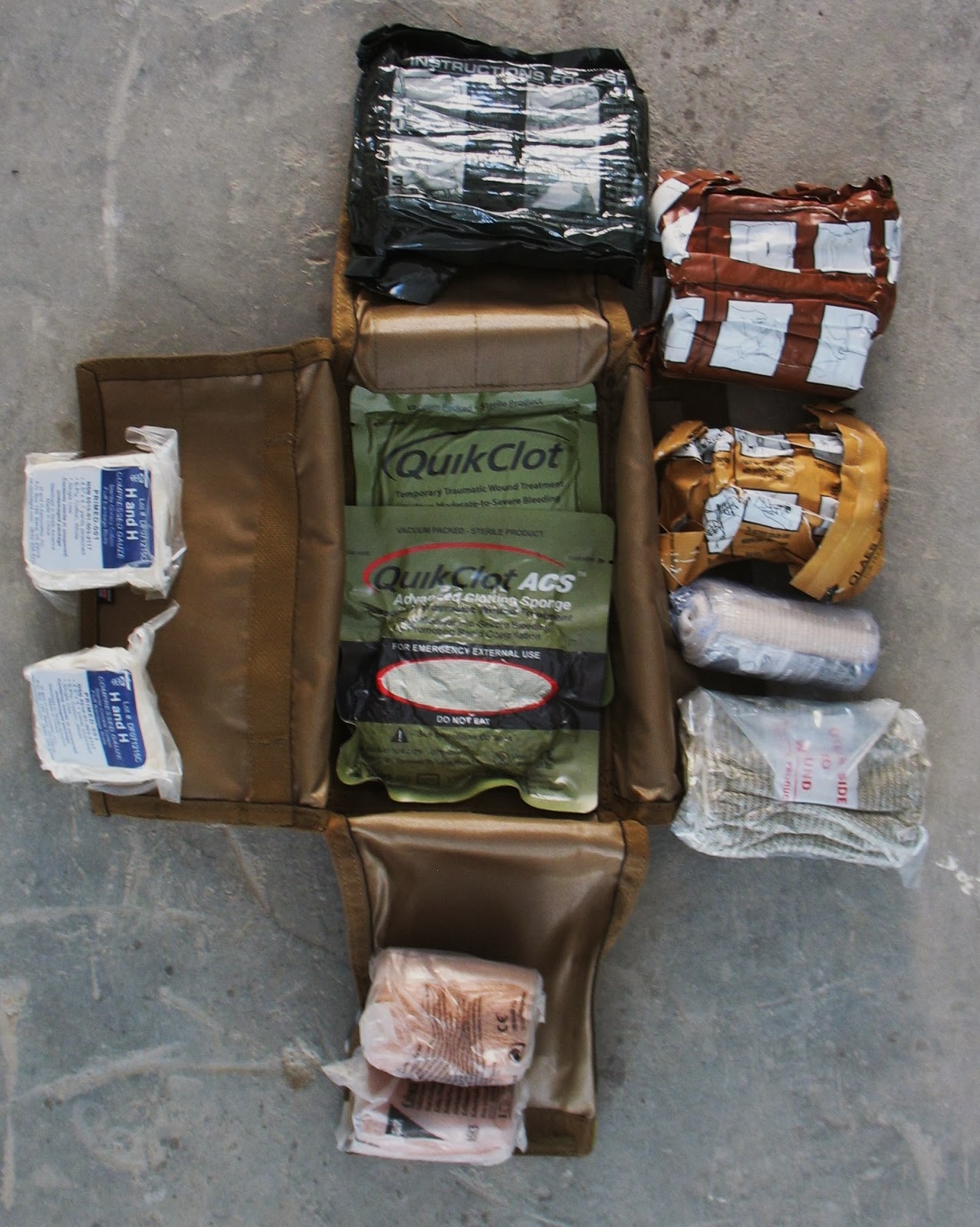 From the bottom up: 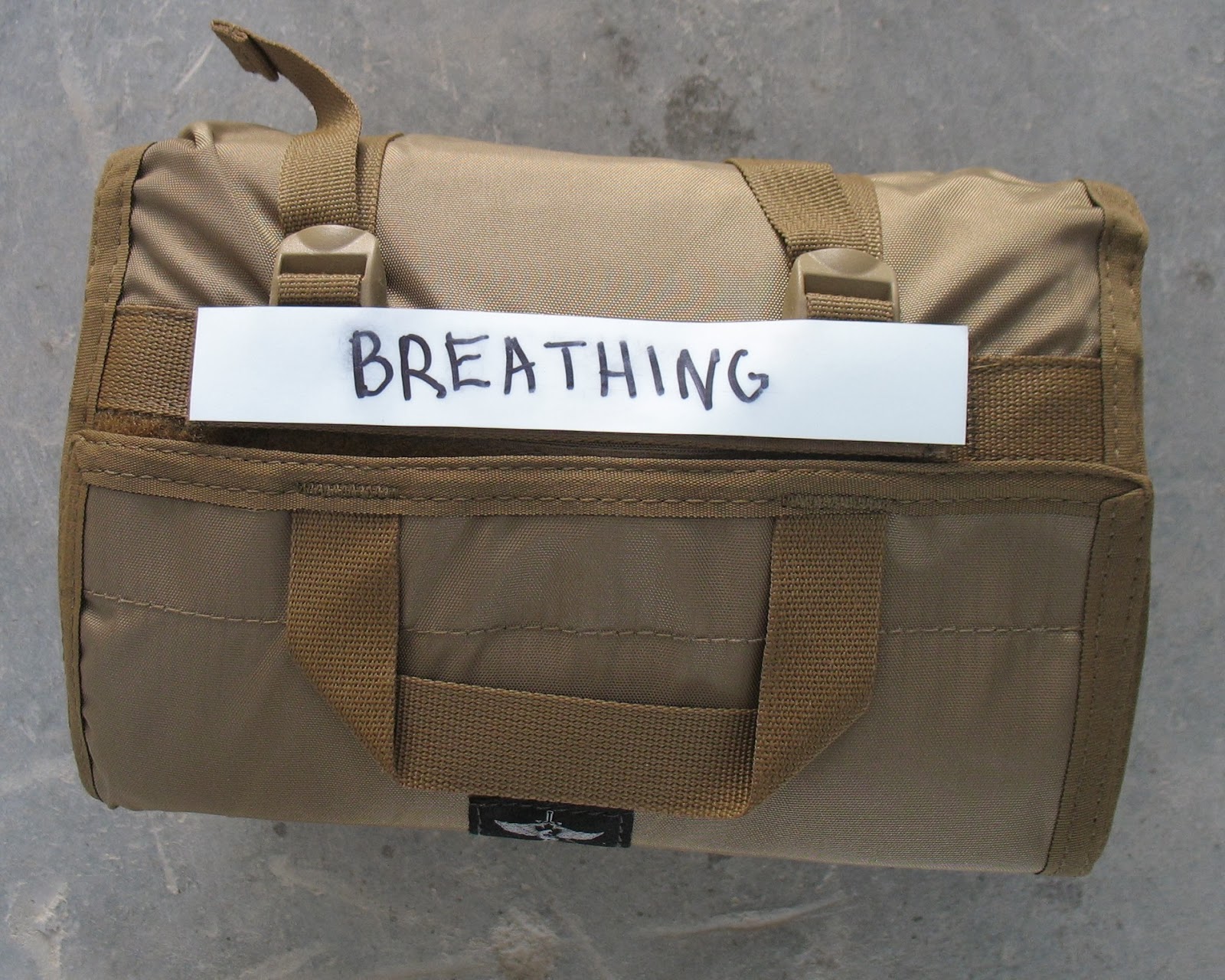 Packed in the same Best case to Worst case, was my Breathing Kit. This included both airway and breathing interventions. I used a Book Folder with a MARS Panel and a Quad Fold to organize this. 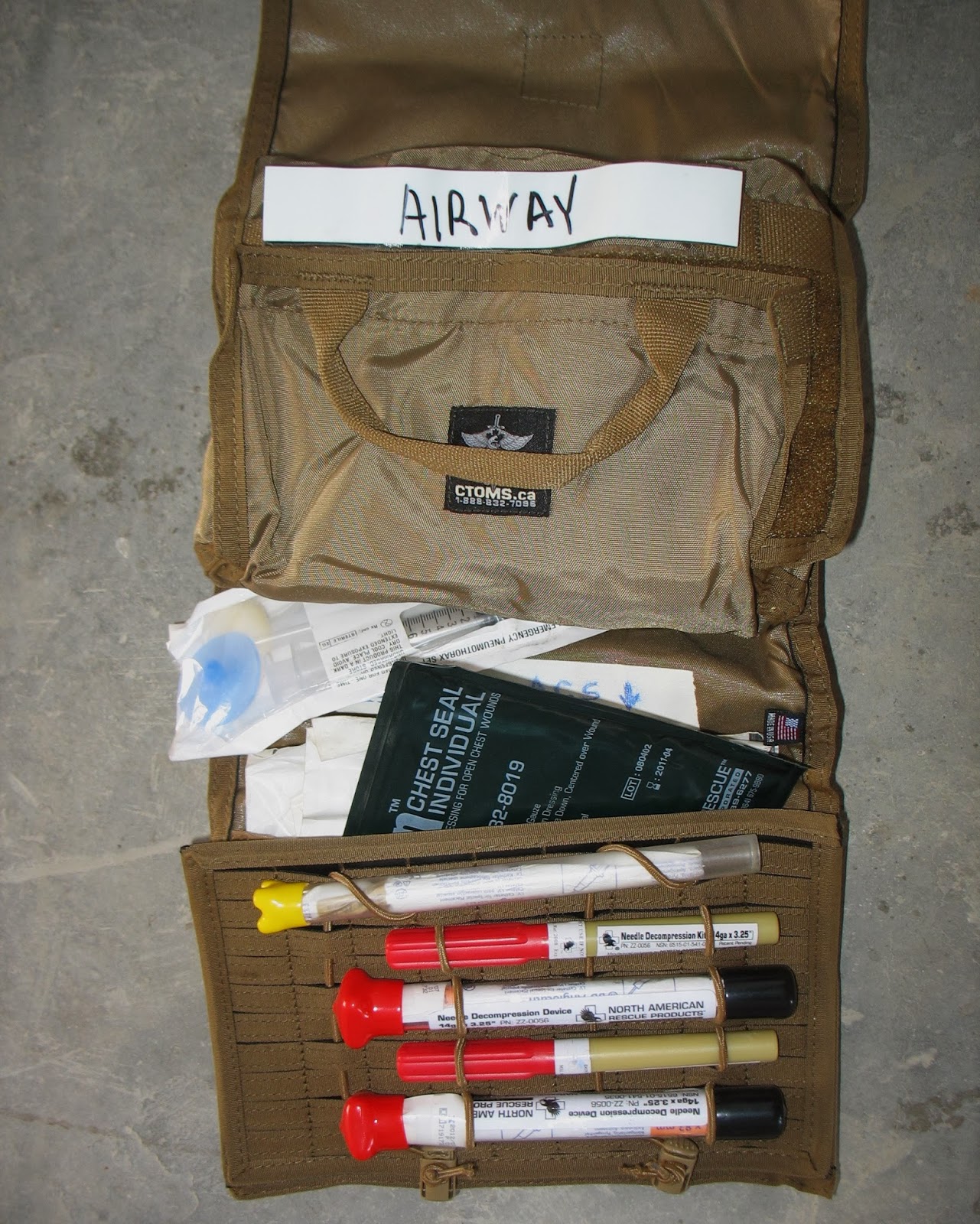 On the MARS panel, I secured all sizes of catheters...I had some big boys in my crew. In the Book Fold pockets, I stored various Chest Seals and a Cook set. The Quad Fold held the majority of my serious interventions. 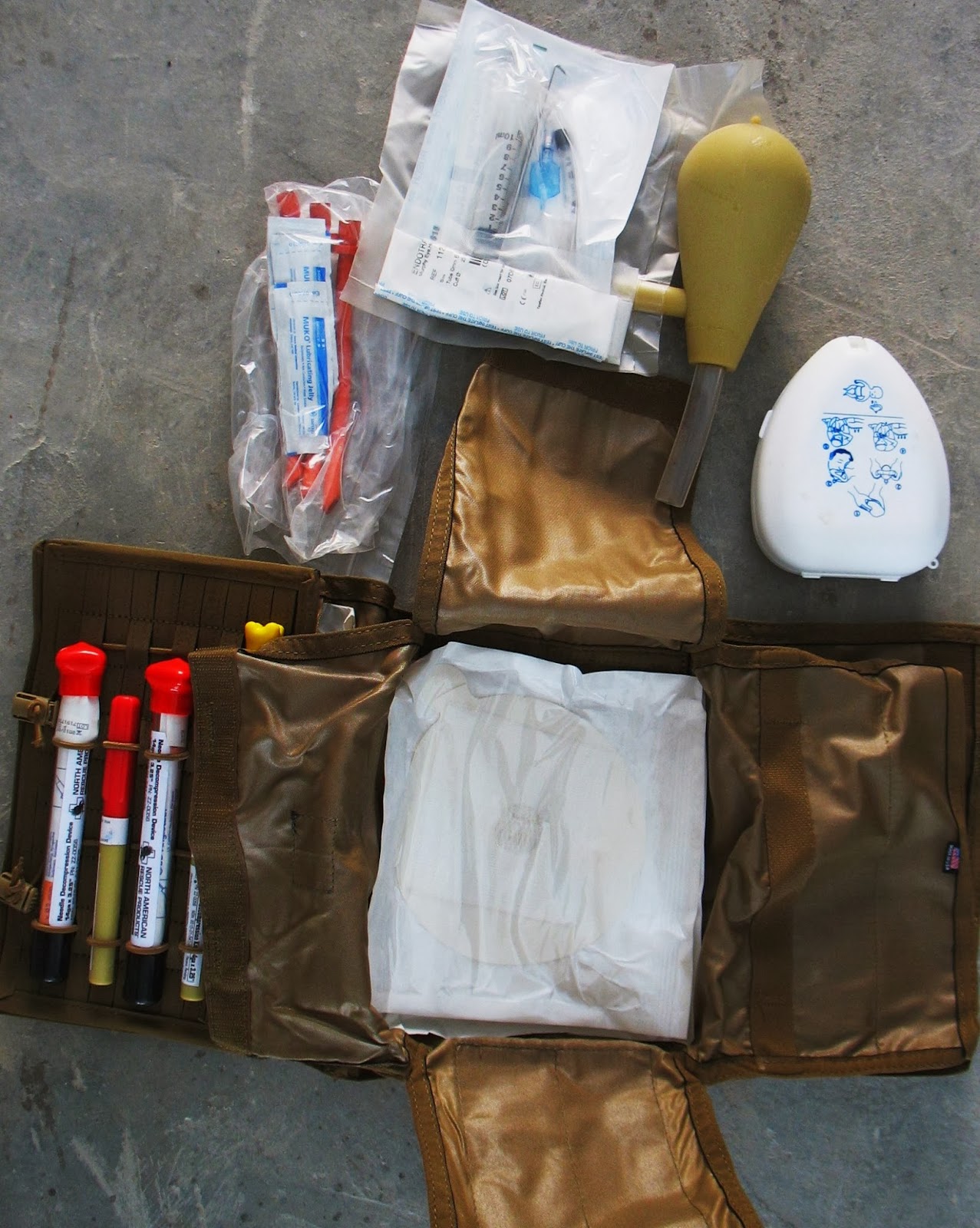 In the Quad Fold, packed with the more serious intervention were at the bottom:

Remember, I had a Combitube with OPAs secure to the lid of the pack. I had another Cric kit in my CTOMS First Line as well to be used in a TFC Bubble. 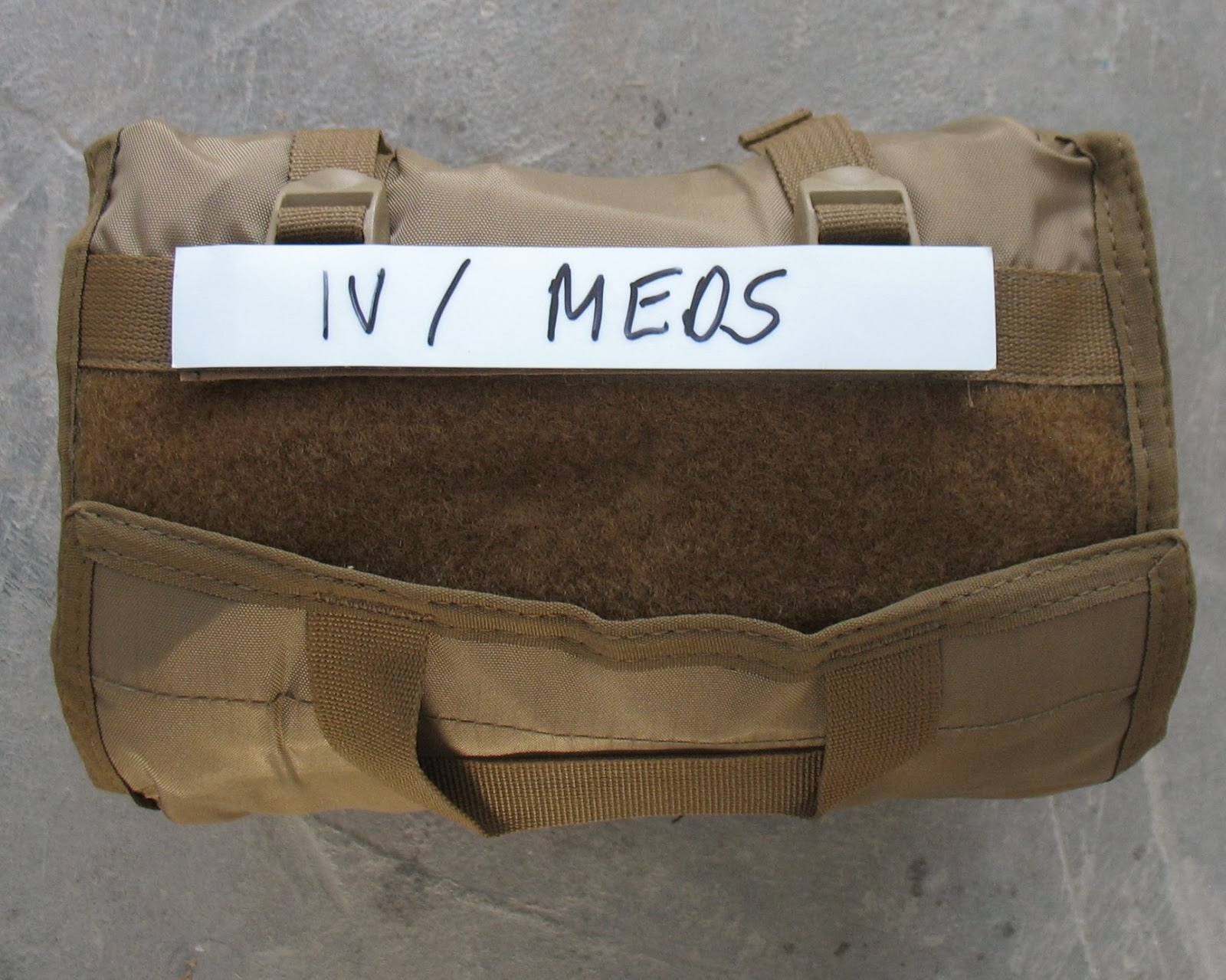 I used a Bookfold, a Quad fold and a CTOMS Drug Box to organize this area. Using my Best to Worst packing style:

CTOMS Drug Box is an excellent piece of kit. It kept ampules and vials safe during all the up 'n downs of tactical operations. This is a much earlier generation in the photo. The CTOMS Drug Box has undergone much evolution since that deployment. For carrying of Oral Medications, I simply adapted a small Otter box to the role.


In the Hydration pouch, I removed the plastic and foam, the bag came with and replaced it with three SAM SPLINTS. Interestingly, you can carrying up to 3 100oz bladders in the CTOMS Main Module. On extended operations, this was a useful feature. While initially heavy, the bag would lighten up as you consumed the water. 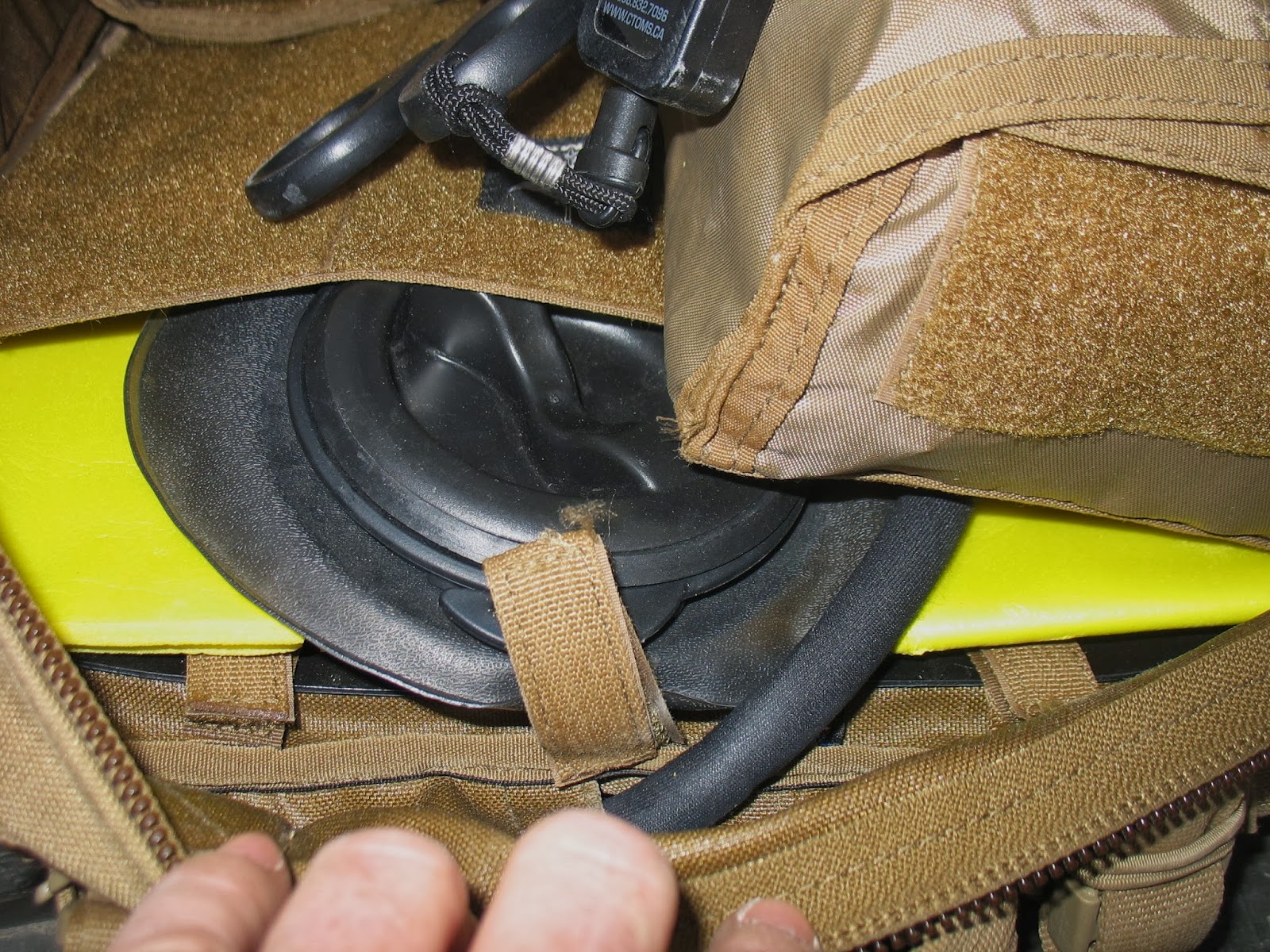 "The External Module is an accessory to our 2ndLine™ Pack that attaches to the back, doubling it's capacity. It easily zips on and off and shares the same compression straps.  Both the main pack and the External Module can be opened when they are attached without removing the External Module. It can also act as a stand alone pack, should the need arise, with its integrated shoulder straps.  The External Module provides modularity and versatility by providing a means to pare down that pack when required. Multiple External Modules can be pre-packed for mission specific needs and attached during the appropriate the circumstance." CTOMS Website

The External Module/Pack, or the second med bag, I used primarily for sick parade (sick call for my American readers) around the Police Sub-Station for ISAF and ANP. On a longer extended operations, I mounted both modules as we moved to the assembly area by vehicle. The external pack was full of snivel kit, rations, and sleeping gear, and left in the vehicle during the day's activities.


This is an excellent feature of the CTOMS Bag. Finally, I could bring snivel kit without taking supplies out of my bag. Before that, I just embraced the suck. 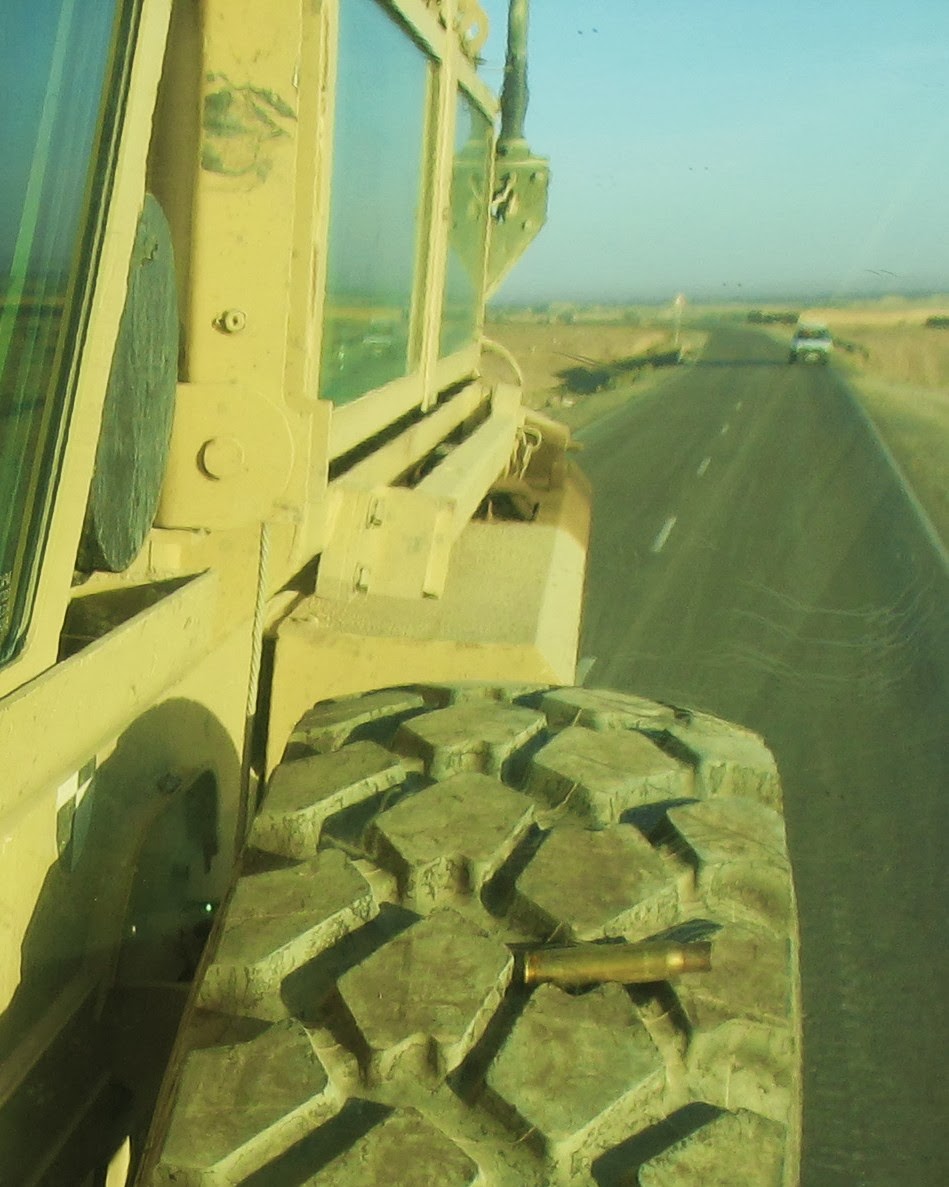 This by no means a complete list of medical equipment carried in this pack. It is a general overview. There were limitations on some equipment due to logistics and supply chain issues. But, that is to be expected in such an environment. On later deployments, my loadout changed to meet the current threat and newer technology and product. I used this bag for an eight month combat deployment in Afghanistan. The loadout displayed was my initial loadout. I made a few changes to the loadout. But, the concepts remained the same. There was no time during the deployment to document the  adaptations that were made. It was a vicious deployment. With a constant day/night patrol matrix and regular direct actions, it saw some hard work.  I only saw KAF for about 10 days for that entire tour. Upon return from deployment, the pack and internal accessories were washed and treated with Nikki Wax. Other than a few friction rubs, the pack and internal accessories looked like the day I unwrapped the packaging. This system will give you many years of good service. 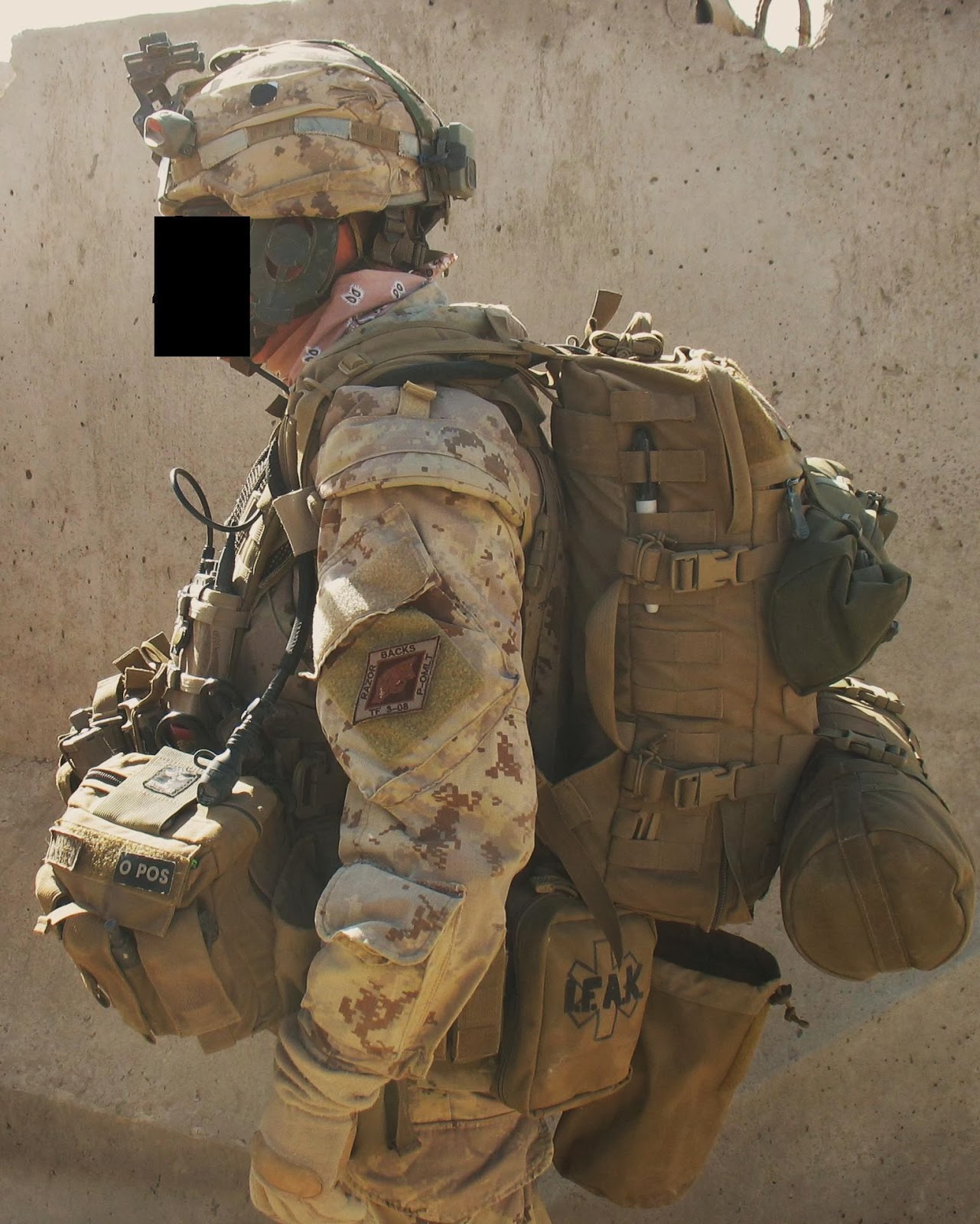 The CTOMS 2nd Line System is a robust, modular and scalable answer for the modern combat medic. The purchase can be tailored to your mission by using the CTOMS Product Wizards. So, rather than buying a stock kit. You can purchase only the accessories and loadout required. It is available in Scorched Earth, Mud Hut, Benning Green and, of course, MultiCam.

Take Care Out There
Posted by Whiskey Delta Gulf at 06:00:00