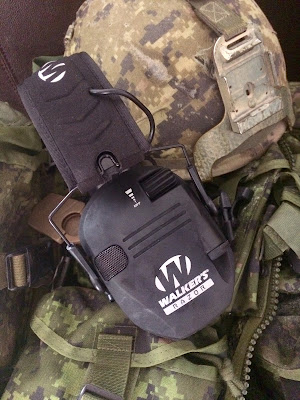 While a candidate on the Urban Operations Instructor course, I found the need for electronic ear protection. For those who have never used them, it provides greater situational awareness on the range and in a shoot house as you can clearly hear everything going on around you while louder noises are drowned out.

The variety of electronic ear pro worn by students on course ranged from Peltor Tactical series to the Howard-Leight Impact Sport. I borrowed a friend’s Peltor’s for most of the course until I decided to invest in a well-serving pair of my own ear protection.

Sold at Canadian tire for $89.99 CDN, the Walker’s Razor Slim caught my eye. At a fraction of the cost of Peltor’s, I was curious on how they performed and the reviews I found online seemed to back up a promising product. They have a Noise Reduction Rating (NRR) of 23 decibels while using a sound activated compression (SAC) of 0.02 seconds.

Luckily, the following Monday the course was moving into our live fire shoot house phase which provided a perfect opportunity to test Walker’s product.

For those who may have used Peltor’s before the first noticeable difference is that the Walker’s aren’t as sensitive to noises and the hearing quality is magnified up to five times. The down side of the magnified sound is that it is extremely difficult to discern the direction of the noise and it almost sounds as though you are in a studio. Otherwise the sound is crisp and impressive. You can hear whispering, buckles being clicked together and other such small noises. Being in Gagetown in the fall of course meant less than ideal weather and high winds were present which, unfortunately for the ear pro review, resulted in most sounds being undiscernible and I could only hear the wind in the microphones. However, once in the shoot house, and blocked from the wind, my situational awareness was much higher as I could hear every command, prompt, and warnings from my stack even from two to three rooms away. 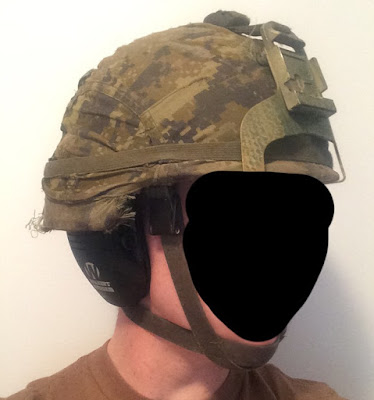 The ear pro requires two AAA batteries which are included in the original packaging. The battery access is on the outside of one ear cup which makes it much easier to change batteries quickly. The volume control is located on the left ear cup and controls both sides, as well as having an auxiliary jack should you want to plug in a music player or cell phone.


My greatest apprehension about the Walker’s was the padded overhead strap and how it would fit under the issued Kevlar helmet as well as the thickness of the ear cups and whether they would fit under the helmet’s convex ear portions. Rest assured that they do fit under a Canadian Kevlar, although a bit snug. I should mention that I tested them while wearing helmet pads and not the issued suspension system, I believe due to the size of the ear cups that the suspension system may push them lower on the wearer’s cheeks which could potentially prevent one from having a proper cheek position on the butt of their weapon. The Walker’s were comfortable to wear for over an hour and never lost their seal. Unlike other products on the market, they also didn’t cause any pressure on the temple while wearing eye protection. 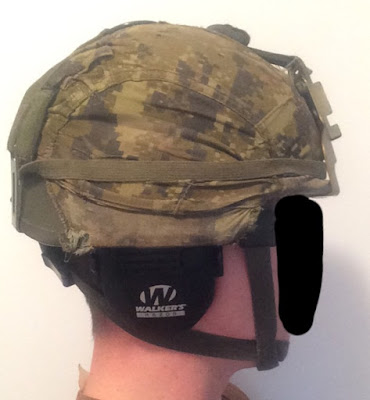 Overall, I am extremely pleased on this purchase and would rate them 4.5/5. Anyone looking to replace or upgrade their hearing protection should consider trying out Walker’s Razor Slim Shooter ear muffs

RL is a serving Regular Force Infantry Officer with operational experience in Afghanistan as a Convoy Operations Platoon Commander. He has held various positions in line and staff units.
Posted by Whiskey Delta Gulf at 09:28:00