MagPul SGA for the Remington 870

Last year at SHOT show, MagPul Industries unveiled their SGA line for the venerable Remington 870 12 gauge shotgun. Releasing the SGA line (ShotGun Accessories) for the 870 was a wise move. On April 13, 2009, Remington Arms had produced ten million Model 870s and holds the record for best-selling shotgun in history. It is used by numerous LEO and military units internationally. Since then the SGA line has expanded to include the Mossberg 500/590, another prolific shotgun.

Prior to taking the Phase Line Green Tactical One Day Shotgun Course, I installed a SGA 870 stock, SGA Receiver Sling Mount and SGA Forward Sling mount on my Remington 870.  I found them easy to install and simple to adjust for my preferences.

The SGA Stock is at operator configurable ambidextrous full length stock made from high quality polymer.Adjustability of length of pull (LOP) from 318mm (12.5”) to 370mm (14.5”) is a key feature of this stock by use of an integrated spacer system. The optional SGA High Cheek Riser Kit or the SGA Low Cheek Riser Kit allows the comb of the stock can be adjusted for optics or operator’s proclivity. This stock can be tailored easily to the operator or role.

The grip of the stock is angled and shaped differently attaching to the comb lower when compared to a traditional stock. This gives it superior ergonomics for tactical applications including reloading, immediate actions and remedial actions. It seems to combine the positive points of a pistol grip stock with the attributes of a conventional full stock. Even the swell on the toe of the felt-recoil reducing pad is shaped to enhance mounting the shotgun from the low ready or indoor ready position. I had my SGA stock further enhanced with aggressive re-texturing of the grip portion by Big Greasy Stipple Worx. This modification increased control of the stock, especially wet or with gloves on, without interfering in the inherent ergonomics of the stock. 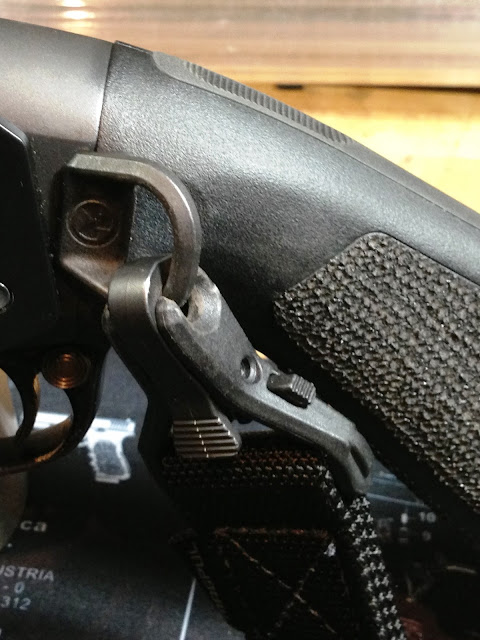 The SGA Receiver Sling Mount is casted from steel and treated with a Melonite coating. This process enhances specific surface integrity characteristic; increased scuff resistance, decreasing metal fatigue, and improved corrosion resistance. Intended for the Magpul SGA Stock only, the Receiver Sling Mount may be installed on either the left or right side between the stock and receiver. It is shotgun specific; available for both the Remington 870 and Mossberg 500/590 currently. It functions as a sling connection site for one-point slings that use the MS3 Paraclip, the HK hook, or ITW MASH hook to clip in. 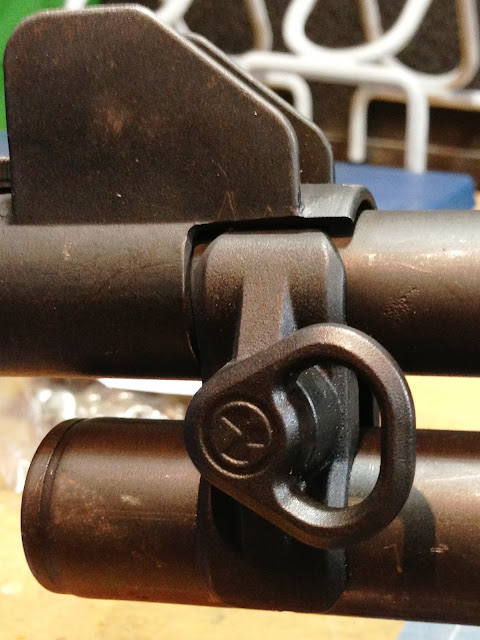 The Forward Sling Mount is a sling attachment point which can be configured for QD sling swivels or clip-in attachments including the MS3 Paraclip, the HK hook, or ITW MASH hook.  It is made from cast steel treated the same Melonite® coating as the receiver sling mount.  The Forward Sling Mount clamps onto the barrel and extended magazine tube. It is shotgun specific and is available for both the Remington 870 and Mossberg 500/590. 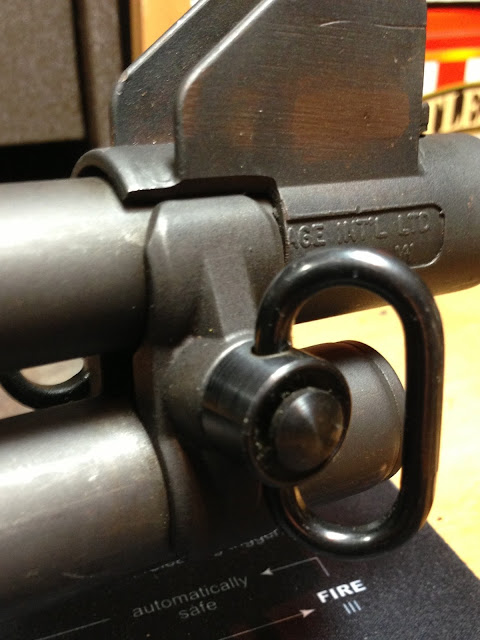 Magpul Industries is well known for theory based products that enhance the ergonomics or dynamics of the platform for which they were intended. From the Original MagPul, the durable rubber magazine pull tab released in 1999, to their most recent PMAG 30 AK MOE, the 30 round PMag for the AK platform and 40 round PMAG; their entire product line is reliable, durable and very reasonably priced. As ITAR restricted manufactured goods, they can only be purchase in Canada through a properly licensed importer. I purchased my SGA accessories through One Shot Tactical Supply in Trenton,Ontario. They SGA stocks and fore ends are available in Black, Flat Dark Earth, and Orange (Less Lethal).

So, when is MagPul going to release SGA Products for the the 20 gauge Remington 870? I know Echo Tango 308 would like them on her shottie...