Passing through the Dubai International Airport (DXB)in 2006 to 2012 was a parade of 5.11 Tactical models all vying for attention as the various sizes and shapes of contractors made their way to O’Brien’s for their first pint. This lack of discretion extends to other locales as well. I was in an establishment in Bangkok, Thailand having a quiet iced Singha with an expatriate friend. When in walks a ‘farang’ (that is Thai slang for foreigner) with a Thai bar girl under each arm still wearing his 5.11 pants, rigger belt, desert boots and his company’s polo shirt. This kind of dress and deportment does little to maintain a low profile while travelling, whether insertion or exfiltration  from your operational environment. I have not worked the civilian side of the house, yet. Though, in my current employment, I have had to make international movement in civilian attire while moving through areas of known support for our adversaries and in medium to high threat countries. I attempt to keep a lower profile wearing non standard apparel; in an effort to be less of a target for who wish us harm and to distance myself from those who do not.


Kühl Clothing has a line of pants which fits the bill perfectly. They even have pop culture names like Gunslinger™, Revolvr™ and Desperado™. I have a few pairs of Slackr™ for a year now. The Kühl Slackr™ pants were motivated by look of traditional khakis but with Kühl's technical details and quality materials. From the front, they have a conservative look. While in the back there have old-school jean style rear pockets; larger than modern jean pockets. They are made from light,high thread count cotton twill that has added stretch. The Slackr™ pants come in khaki, brown and a colour Kühl calls Carbon, kind of a charcoal.

The 1.5” belt loops are in non-standard locations and accommodate holsters and other belt mounted gear better than most traditional tactical pants.  The Kühl Fiocchi™ Snap has been custom engineered to increase the closure strength and lay flat against the body with no stem to dig into your waist. This increases your comfort level when wearing a loaded gun belt for an extended period. The Free Ryde™ waist, a characteristic of Kühl design, provides a contour fit which keeps the pants in place as you move.


The Born Free Gusseted Crotch™ is an additional fabric section sewn into the leg and crotch region increasing the pants allowable range of motion. Designed for outdoor sports, Kühl’s pant have extra room and articulated knees to allow outstanding functional movement. This translates to less movement of your holster from your waist line as you make vigorous movement and space for Inside–The–Waistband carry (IWB) or Appendix Carry. One the right side pant leg behind the seam is a single flat cell phone pocket. It is large enough to easily accommodate my IPhone 5 in an Otter Box Defender.

Wearing these pants, I look like an outdoors tourist; rather than a contractor or spook. Not that I am either. I have used them travelling and working in South East Asia and South West Asia and have found the cotton twill to be comfortable enough in both the acrid desert and humid jungle. In colder climates, such as a Canadian winter, they were are warm enough for daily activities but not extended stay outside without an extra under layer.

I am impressed that the belt loops and waist band in regards to support of loaded gunbelts. These pants work well as operational crossover clothing incorporating many features for dynamic movement and tactical work. They are designed for mountain and outdoor sports which lend to a required ruggedness. 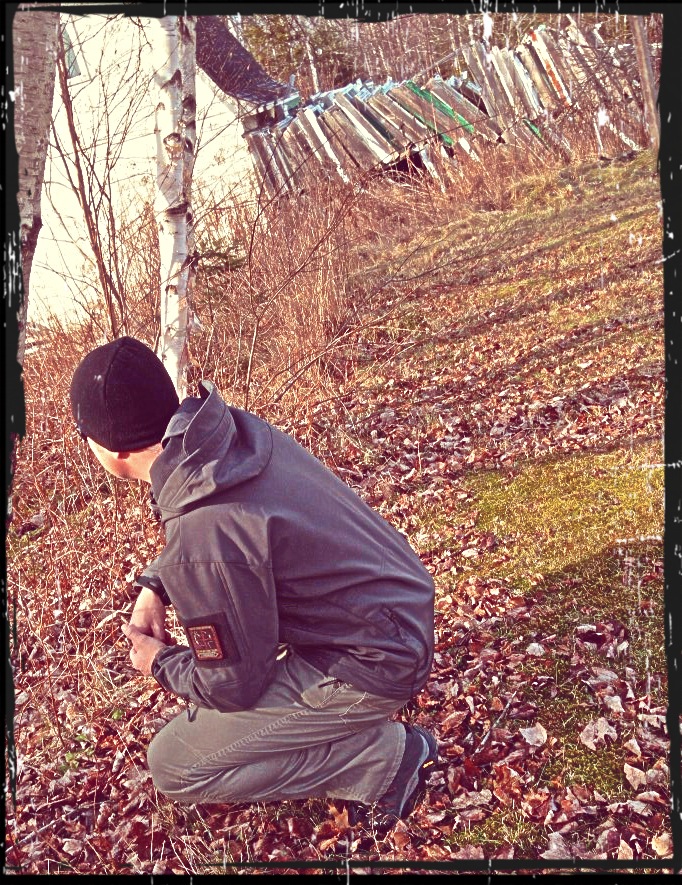