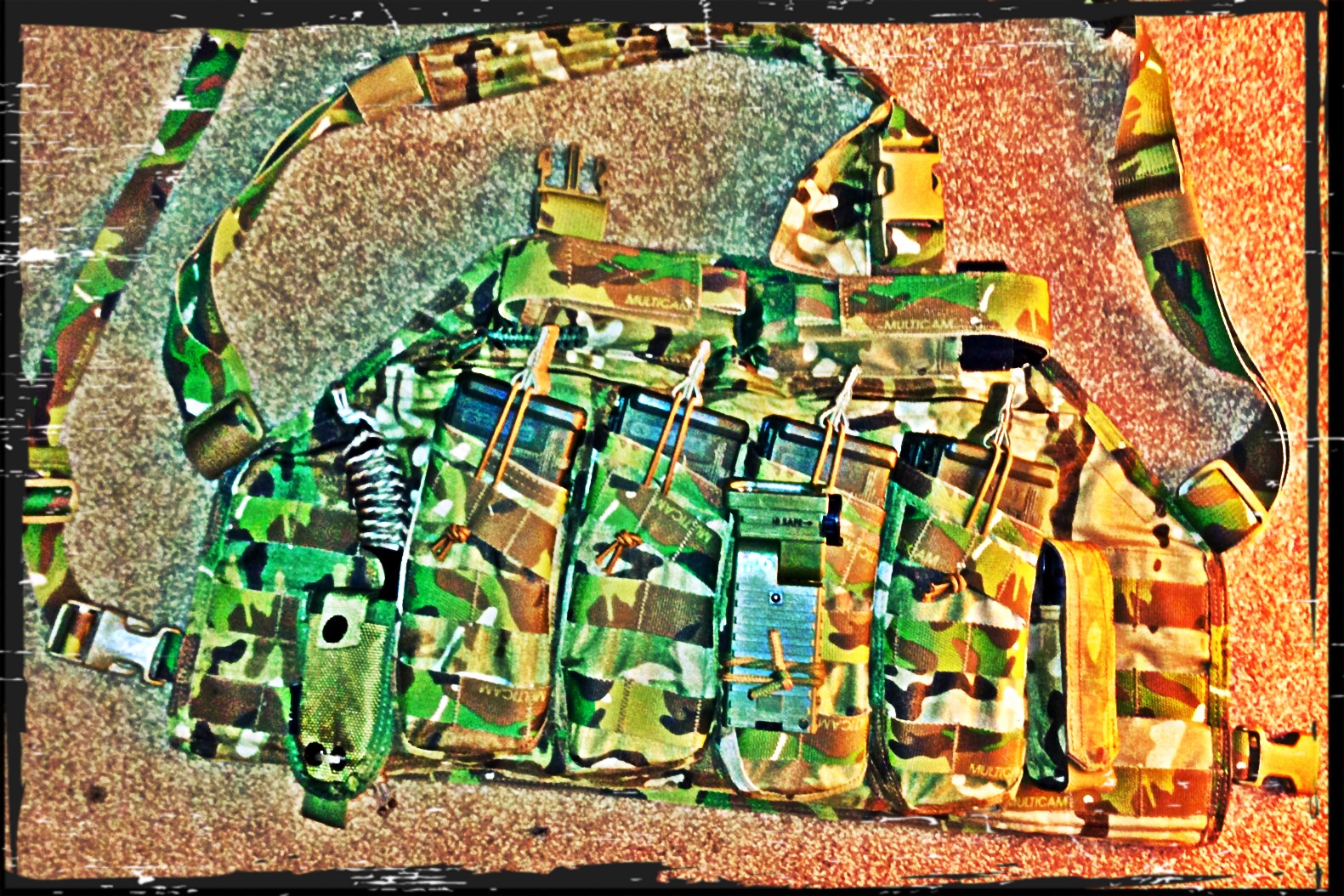 I own a VZ-58. In Canada, we cannot own AK variants other than the Czech version. This is unfortunate but the VZ-58 is an accurate, reliable, workhorse that provides some transferable skills to the AK platform. The Afghan Uniform Police are issued VZ-58 along with the Hungarian AMD-65. So, when deployed as an Afghan Police mentor a few years ago, the skills were quite handy.

During my most recent deployment, I ordered a US PALM AKAttack Rack V2 from their distributor, Scottsdale Gun Club. There were a few issues with the shipping and delivery but that was sorted out through good customer service. Upon returning home, I gave the rig a cursory inspection knowing I would put into use once the snow finally receded.

The V2 AK Attack Rack is a simple chest rig with four AK magazine pouches sewn to the front with MOLLE panels on the side areas (3 x 3). The shingle style magazine pouches have MOLLE stitched to the front of them. Magazines are secured in the pouches with shock cord with integrated pull tabs. There are two adjustable flap magazine/utility tool pouches horizontally mounted on the top of the vest.  The V2 AK Attack Rack’s low profile top universal pocket behind the magazine panel has four generous pouches and room to store a substantial amount of admin, spare magazines or back up gear. The side-top seams split for a holster, radio pouch, or knife with additional Velcro pile sewn to secure items on the internal main compartment. The bottom of the carrier opens allows for more storage areas for flat gear or a custom level IIIA soft armor panel offered by US PALM. A single MOLLE strip is located on the rear of carrier intended for a groin protector or dump pouch. The strapping system is 50mm (2”) ITW Fastex buckled QD shoulder straps with MOLLE rows for comms cable routing and a 25mm (1”) ITW Fastex buckled adjustable waist strap releasable from either side.

It is constructed of a lightweight 500D Cordura with YKK Zippers and available in Scorched Earth, Multicam, Original Drab, Feld Grun, Khaki, and Mud Hut.

I had the chance to put the rig into action on the Phase Line Green Tactical Low Light course in April. I did not use a VZ-58, but I found that two M4 magazines can fit easily into each AK pouches. That gave me a total carriage on the chest of eight primary magazines.

The chest rig performed well on the course. Magazines were easily accessed to top up my belt kit or load my primary. It was comfortable to wear and did not shift position with rapid tactical movement. The spacious internals allowed me to carry all required gear realistic for a operational rig. This rig does have a lot to offer.

Upon returning home, I stripped my kit and inspected my gear like a good soldier. I was dismayed to find that that the Velcro hook of rear bottom access had pulled from the stitching and the piping of the rear panel had began to fuzz. Looking closer, there was fraying of Velcro Pile on one of the vertical Magazine pouches at the top of the rig as well. In many places the bar tack stitching of the MOLLE had begun to fray as well. This is quite excessive wear for a rig after 16 hours of moderate training. I have rigs and packs that have lasted multiple tours with less wear. It would not last an entire deployment, possible not even through the pre deployment training.

“Built to rugged military spec’s, this rack system will last for years of hard service in any conditions encountered by modern war fighters.” US PALM website

I had high hopes for this rig as I genuinely liked its layout. It is well thought out and capable of supporting multiple weapon platforms, not just the AK family. The load out I carried was a realistic operational layout for general purpose work/convoy/light patrolling and the rig supported it well. However, the V2 AK Attack Rack showed signs of excessive wear after use over a two day period of moderate tactical training. With some experience based judgement, V2 AK Attack Rack is not hard use gear and I would not deploy with it or recommend it until these QA issues are sorted out.

Take care out there